The Man of the season

Since the 2003 season, Montreal fans vote for the Man of the season award to the best performing player of the year. You are invited to decide who will win the impactsoccer.com trophy, praised by the players, and succeed, among others, Ignacio Piatti, Laurent Ciman, Romell Quioto, Marco Di Vaio, Patrice Bernier, Leonardo Di Lorenzo and Martin Nash !

How ? Well, it's very easy ! After each game, come on the discussion board and post a message with the names of the three best players of the match in your opinion. But wait, if you thought that a player (or more) didn’t show up and played a very bad game, you can mention him/them and they will lose points. You can also give honorable mentions if you believe that more than three players deserved a bonus.

Every official match counts. The only conditions to vote : you have to see the game, either at the stadium or on TV, and being registered on our discussion board.

Votes are open until the day of the next match. If there isn't enough time between both games, the vote will last seven days.

The point system. For each game, any player who plays at least 20 minutes (30 minutes when extra-time) get points. An appreciation mark is given to the game by the editorial staff at impactsoccer.com and the players you vote for (or against) receive (or lose) bonus points. For each game, the player with the highest total is elected man of the match.

In case of dead-heat, the winner will be the player who finished more often as man of the match. If the equality persists, the total number of points will decide the winner. Then, average points in Champions League and Canadian cup games will be used to elect the Man of the season.

May the best man win ! 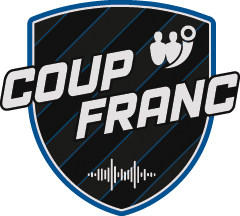